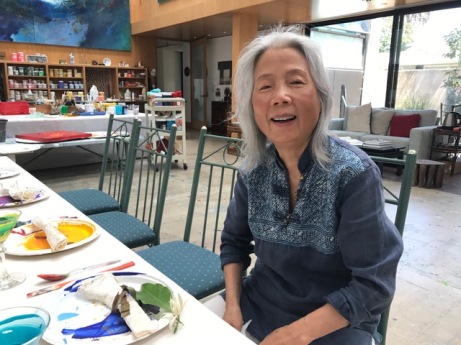 The creative force, a continuum of life emerges from a synthesis of change. Diana Wong draws insight from a confluence of cultures and applies these universal constructs in her work. From an early life in Hong Kong, she studied calligraphy, literature, music, and traditional art forms. Her aspirations of a career in art and a penchant for Western influences in Modern Art eclipsed the conventional norms of her upbringing, and led her to pursue classic training at the Academy of Fine Arts in Rome and the Royal School of Art in London. From travels to New York and Los Angeles, Wong eventually settled in Santa Monica making her way as a gallerist then solely, as an artist.

Impressionism and Abstraction kindled Wong’s freedom of expression on a journey of self-discovery that merged her Chinese heritage with innovative processes of contemporary Western aesthetics. Her painting, drawing, sculpture, site-specific installation, and new media projects apply concepts of the I Ching or Book of Changes, an ancient Chinese divination text with interpretations inspired by the elements of nature, and broader inquiry of reflection and expression. Through these scientific and philosophical observations of heaven and earth, Wong speaks to the greater meaning of life, as she synthesizes the cosmos, the environment, and a reflection on inner-self in a new language of change. Her masterful acumen is one of balance and empowerment that reflects the moral and theoretical principles of social ethics.

Diana Shui-lu Wong on location of “All Seasons Become One,” a film inspired by a painting.

“All Seasons Become One,” 2015, a short film, is an unconventional narrative inspired by a painting, with no dialogue: driven by music and sound. An artist paints the four seasons as her alter ego travels through a realm of inspiration.

“All Seasons Become One” filmed in Death Valley.

The notion of time and ephemerality are qualitative factors in a message of concern for the environment. All Seasons Become One presents a precarious balance of the natural world and the inherent tendencies of creation. The film’s narrative explores universal truths and issues such as global warming, and looks at our connectivity to the Earth and existence within the Universe. This visceral depiction warns of humanity’s destruction of the environment, our connectivity to nature, and the never-ending power of creativity.

The artist leads us on a journey of the four seasons in a primal approach to creation. Her alter ego roams the dunes for inspiration wrapped in an ethereal gauze-draped tunic as she transcends between two worlds. The film’s cinematic quality captures the essence of the creative process in a memory that exists, albeit ephemeral, as the camera gracefully pans between Wong’s painting process and the minimalistic dunes of the Mojave Desert. Death Valley holds a sublime passion for Wong, who draws upon its austere, nomadic landscapes in her visionary abstracts. The drifts and formations of wind-driven sand sensually replicate the viscosity of Wong’s medium. Expressions in tone, texture, and movement signify changes in the passage of time. Visit: www.allseasonsbecomeone.com

Wong seizes the power of the media and reflects on the intimacy of a studio visit, acknowledging today’s global accessibility of mass culture through media technology. 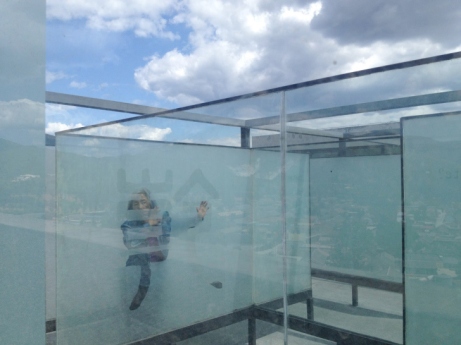 Nine Palace Labyrinth, 2011, an installation in Shang Yuen Art Museum, Beijing, China is a large-scale glass and steel-frame labyrinth approximately 50 x 60 x 6 ft. representing Nine Palaces in the I-Ching. The labyrinth of ancient Greek mythology comes to mind, as it is commonly equated with a maze. Wong points out the differences, as a labyrinth is unicursal with one path and no dead ends, and a maze, multi-cursal with a series of ending paths. The project embodies contexts and belief systems of the ages. Wong describes the origin of the labyrinth in her book, Merging citing, “The Nine Palaces of the Pa-Kua – In the I Ching, Pa-Kua are eight symbols of forces of nature — the Palaces of Heaven, Earth, Thunder, Wind, Water, Fire, Mountain, and Lake. The Middle space in this configuration is dedicated to The Palace of the Great Void.” See: www.dianawong.com/gallery/labyrinth-of-the-nine-palaces/

The path is designed within a framework of numbers, symbols, and directions. The frosted green glass of the minimalist structure contains clear ideograms that appear to be reversed-etched into the surface of selected panels. Cast shadows reflect the nuances of these messages in cryptic images that appear and disappear depending on the time of day.

Table Of Bottomless Bliss, is a whimsical installation that presents a plethora of food in a serendipitous array of color. Wong’s early training in color theory and light is foundational in her work. She notes, “The color is the main thing that drives me to be an artist. When I think of painting, I think of color first.” This is evident in her approach to Table. Dried pigment or paint remnants from peeled water enamel create a phantasmagorical spread replete with delectable dishes and drinks to delight, all fabricated from recycled pigment. The menu, inspired from yoga therapy and the artist’s experiences in life includes dishes such as Seven Deadly Sins Salad, Ego Salad, Greedy Spaghetti, Anger Pie, Lusty Lasagna, Deep-Fried Desire, Vanity Pizza, Attachment Pudding, and Jealousy Jello. The names bear witness to a relational awareness of Wong’s observances in others. Martini glasses punctuate the setting in bright neon colors in what Wong calls “Elixirs.” A palette of blues, teals, greens, yellows, reds, vermilions, and violets construct a trompe l’oeil of wonder. A short film is in the works to document the creative process of this metaphoric food fair. 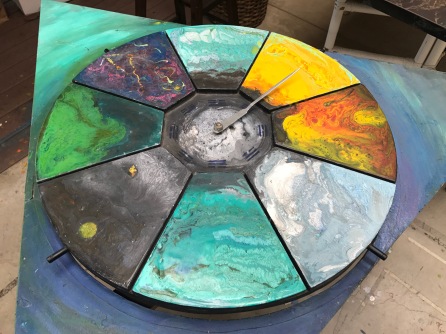 Time-Space-Infinity is a painted circular construction segmented on a triangular tabletop that signifies the I Ching clock. Wong ponders the existence of time, as she points out the hexagram’s swinging motion. When one spins it, an answer is revealed.

The artist shares her labyrinth design at home in Santa Monica, 2017

Diana Shui-lu Wong reflects that her ongoing concern for the environment “is not because it’s trendy, but because that’s the way to go.” She adds, “I live all my life knowing that I have done so much to the environment, how is that related in I-Ching? When you go up to the top you naturally have to slide down. Your life slides down, you go up. So can the environment [in its worst state] that you come to know be reversed? Nobody knows.”

Wong acknowledges the free will that exists in her life. This freedom of expression is vital to the creative process, as it infuses a deeper meaning of insight that resonates beyond the psyche.

For more on the work of Diana Shui-lu Wong, see: www.dianawong.com 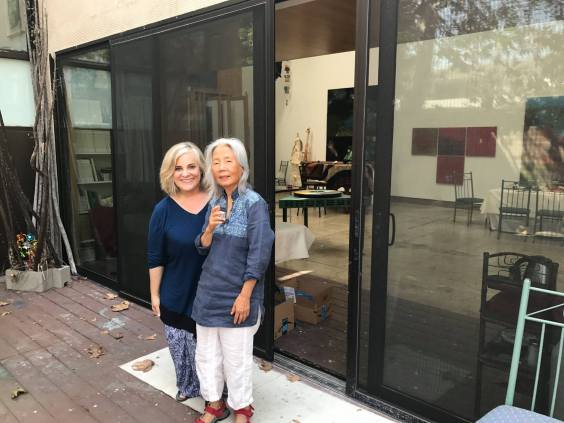 Jill Thayer, Ph.D. is an artist, educator, art historian, and curatorial archivist. As an oral historian, she explores the narratives and socio-political contexts of people and their contributions to the cultural discourse. She received her doctorate in Cultural Studies/Museum Studies with emphases in contemporary art history, exhibition theory, design theory, and visual culture from Claremont Graduate University (2011) with transdisciplinary study in global strategy and trade at St. Peter’s College, University of Oxford, UK. Dr. Thayer is Associates Professor of Art History for Santa Monica College in Art Appreciation: Global Visual Culture; and Allan Hancock College, Santa Maria in Art History; and Associate Faculty for the MBA program at Post University Malcolm Baldrige School of Business, Waterbury, Connecticut. Her postdoctoral oral history series, “In Their Own Words: Oral Histories of CGU Art” (2012) features CGU professors emeritus and is included in Archives of American Art at The Smithsonian Institution. She produces a weekly podcast, “The Art of Life” for Voice of Paso Internet radio. Jill lives and works on the California Central Coast. 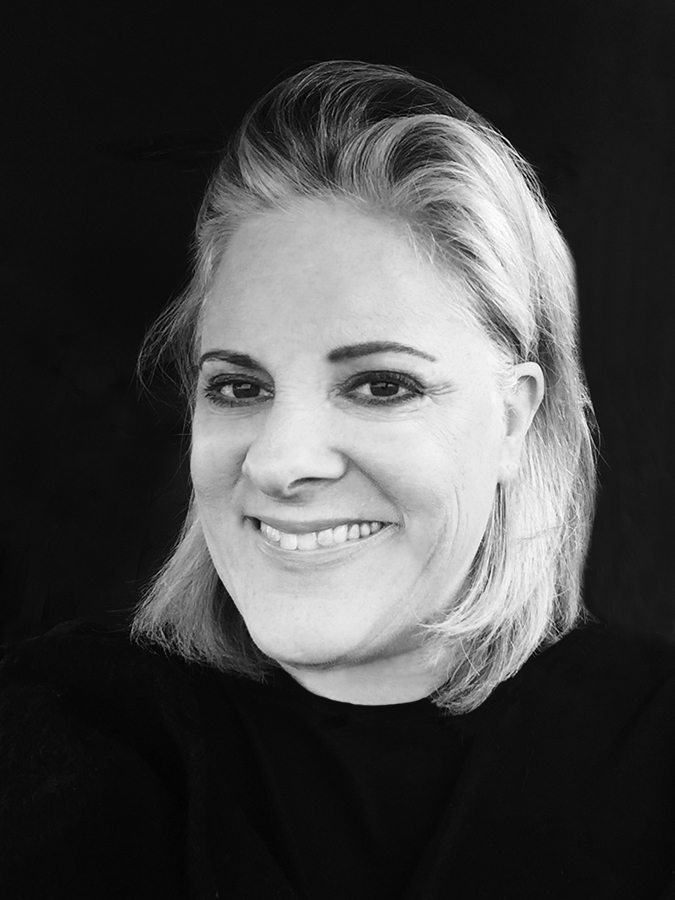